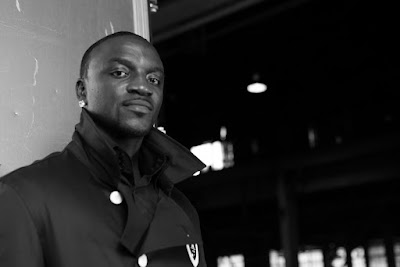 Believe it or not, Aliaume Damala Badara Akon Thiam better known as Akon has big plans for Africa. The Senegalese musician is at Cannes Lions to launch a new cryptocurrency.
The new cryptocurrency will be called ‘AKoin’.
The new coin which is set to debut in Africa will be available for sale in the next two weeks with hopes that it will further help the continent.
The rapper believes that technology will not only help Africa economically but will also be Africa’s route to be fully out there on the world map becoming a force to recognize globally and will also benefit those disadvantaged by social issues and poverty issues. “I think that blockchain and crypto could be the savior for Africa in many ways because it brings the power back to the people and brings the security back into the currency system and also allows the people to utilize it in ways where they can advance themselves and not allow government to do those things that are keeping them down,” he explained during a Meredith sponsored panel moderated by People deputy editor JD Heyman.
Crypto isn’t the only thing Akon is focusing on. The site for the new crypto coin states that Akon Crypto City is already in development and it is the first of its kind, 100% crypto-based city with AKoin at the center of transactional life. This futuristic city, built on 2,000 acres of land gifted to Akon from the President of Senegal, is within 5 minutes of the new international airport, close to the coast and a short drive from Dakar, the capital city of Senegal (Akon’s homeland).
While the opportunities to buy, hold, and spend Akoin to power youth entrepreneurs on the digital platform and from anywhere in the world are vast, consumers will also be able to engage with AKoin in an entirely new way when they visit the real-life Wakanda of Akon Crypto City.
Akon Crypto City blends leading Smart City planning designs with a blank canvas for cryptonizing our daily human and business exchanges, with the goal of inventing a radical new way of existence.
Akon didn’t reveal any technical details about the cryptocurrency. When asked technical questions about the blockchain, Akon quipped, “I come with the concepts and let the geeks figure it out.” He also said a thing or two about running for US presidency in 2020.
Source: Page Six
Featured image: AKoin
previous post