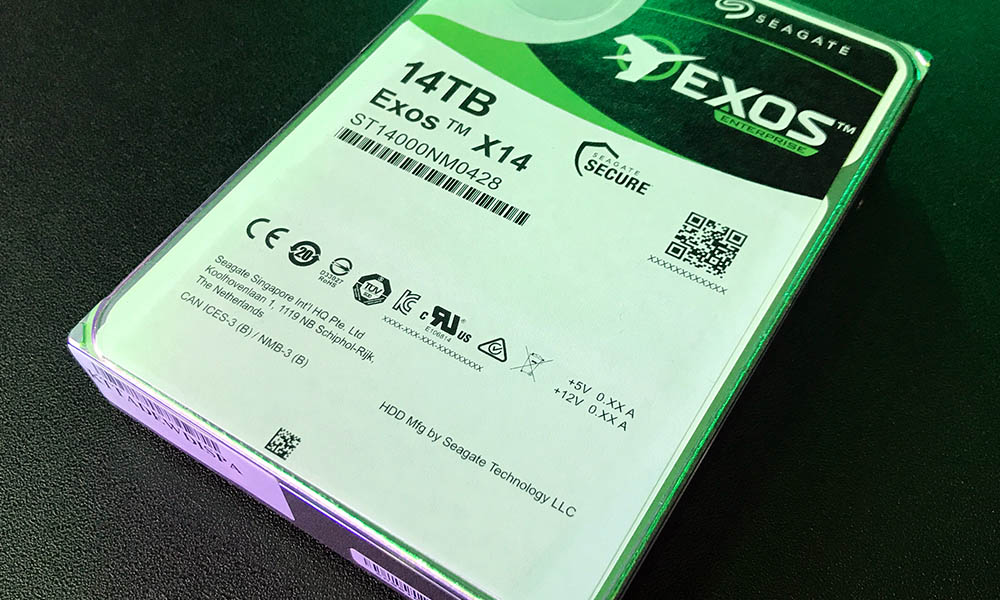 Seagate has announced a new range of hard drives across a number of use cases which offers desktop users an incredible 14 TB of data storage capacity.
The 14 TB BarraCuda Pro runs at 7200 rpm, along with 250mb/s data transfer rates and up to 256MB of cache and its case is filled with helium to reduce internal turbulence as its eight platters rotate. The drive connects to PCs or direct attached storage (DAS) devices over a SATA 6 GB/s interface, and can deliver a maximum sustained transfer rate of 250 MB/s. This is backed by a five-year warranty.
The SkyHawk which is built for surveillance can hold up to 9000 hours of HD video and can be used with up to 64 cameras. It’s also great for DVRs, for all the masses of telly you know you record, and NVRs for recording off a network and is guaranteed for three years.
The Exos X14 is designed for hyperscale data centres. It uses the traditional 3.5-inch form factor, like the other discs, but Seagate claims it offers best in class performance and best power economy.
The SkyHawk comes at a price of £459 while the 14 TB BarraCuda Pro is shipping now priced at around $580.
previous post

How To Buy A Refurbished iPhone

A Guide to Effective Web Design for E-Commerce

WhatsApp Dark Mode is finally upon us